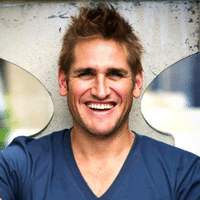 tied the knot this weekend in a luxurious Spain wedding.

According to Us weekly Price and Stone exchanged vows on the island of Mallorca at the Hilton Sa Torre Mallorca Resort.

Among their guests include Beverly Hills 90210 costar Tiffani Amber Thiessen who tweeted about the beautiful wedding. “Toast to our dear friends for an amazing wedding weekend in Mallorca, Spain. #memories #unforgettable #stonewedding,” she wrote.

The former Beverly Hills 90210 actress and her celebrity chef have been dating for nearly three years. They welcomed their first child together, a son named Hudson in November 2011. The couple announced their engagement just seven months later.

In an earlier interview with Us Weekly, Price revealed the excitement of becoming a mother saying, “Work used to be the No. 1 important thing to me…Everything revolved around it and to have a new perspective and have something else, my family, not just being a mom but being a part of an incredible family of my own it makes me have a different perspective on life that I think is richer.”