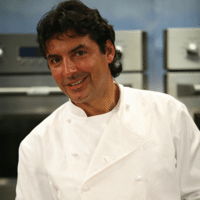 Celebrity chef speaker Jean-Christophe Novelli got his start in France, before becoming an international sensation.  Chef Novelli left school at the age of 14 to work at a bakery and gain culinary experience. By the age of 20, he had become a personal chef to the Rothschilds, a family of Austrian nobility. Following his stint cooking for the Rothschild family, he moved to the United Kingdom and began working in various restaurants including the Chewton Glen Hotel in New Milton, Hampshire and Gordleton Mill in Lymington, Hampshire where he won his first Michelin Star as Chef Patron. This success led him to become head chef at the Four Seasons Hotel in London, before eventually opening up his own restaurant Maison Novelli in London. Following Maison Novelli, Chef Novelli continued opening restaurants throughout London, France, and South Africa, all receiving rave reviews. His most proud achievement, however, is the opening of the Novelli Academy, his own culinary school based in his Hertfordshire farmhouse. The Academy has been consistently voted one of the Top Cooking Academies in the World.  Chef Novelli’s culinary expertise has also garnered him the titles of “The Nation’s Favourite French Chef” and “European Chef of the Year.”

In addition to his renowned restaurants and cooking academy, Chef Novelli has become quite the TV personality. He has made many appearances, and has starred on many of the world’s top cooking shows including Gordon Ramsay’s Hell’s Kitchen, The X Factor: Battle of the Stars, Britain’s Best Chef, and his very own Bravo TV show Chef Academy. Jean-Christophe has also authored a recipe book entitled “Simply Novelli” which was released in 2013 and explains how to cook French classics quicker, easier, and healthier.  Outside of the kitchen, Jean-Christophe Novelli is engaged to long time girl friend Michelle Kennedy, and is the father of three children: daughter Christina, who works at Novelli’s Academy, and sons Jean and Jacques.