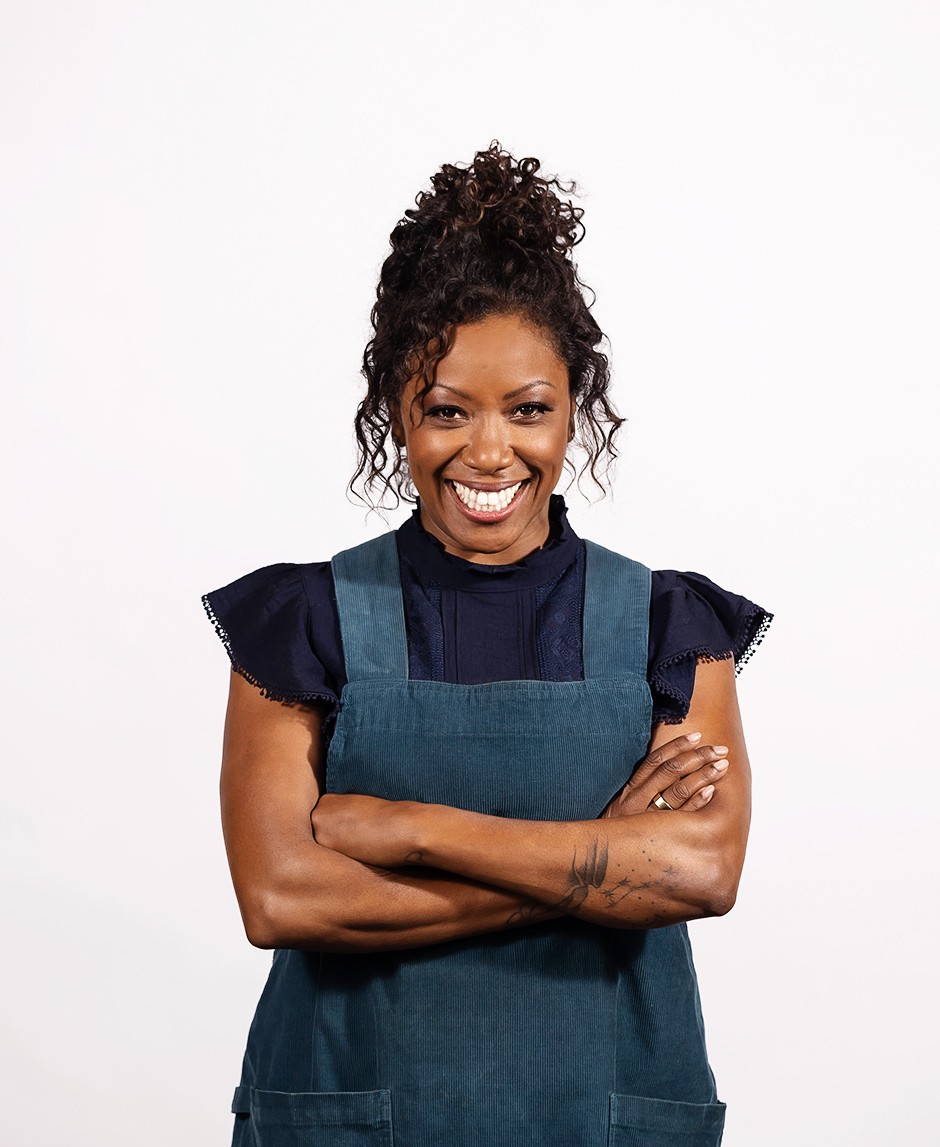 Hire Nyesha Arrington for All of Your Needs!

Chef Nyesha J Arrington is an accomplished celebrity chef, speaker, entrepreneur, and restaurateur, who is commonly known for her advocacy of using locally sourced ingredients. She offers a unique and diverse experience for everyone who books her as a professional chef, or books her as a speaker.

Born in Southern California, she learned how to cook with her Korean grandmother at an early age. Chef Arrington was introduced to multiple diverse foods, such as bulgogi, octopus, and homemade kimchi to name a few. These cooking techniques shaped the way Chef Arrington developed her unique cooking ideas as a personal chef, including a style of being personal and exceptional.

Along with her attraction to the food world, she always had a deep interest in art. In doing so, she cooked with a deep understanding of global inspiration and the idea of “Every plate is like a canvas”.

Chef Arrington graduated from the Art Institute of California, located in Los Angeles. Famous Chef Josiah Citrin, owner of the two Michelin Star Mélisse restaurants, took her under his wing and became her mentor. This became a pivotal point in her fine dining career. Citrin made her a saucier at Mélisse then led her to help with the opening of two of his successful restaurants in Santa Monica.

After working with Citrin, Chef Arrington expanded to work with the incredible French Chef Joël Robuchon at his Mobil award winning and Michelin starred restaurant in Las Vegas.

In 2011-2013, Chef Arrington was the Executive Chef at Wilshire restaurant, where restaurant critic Brad Johnson named her the Rising Star. Since then, she has been featured in numerous cooking shows including winning the competition on the Food Network’s series “Chef Hunter” and “Knife Fight” on Esquire Network. She was also a contestant on “Top Chef” and then returned back on “Knife Fight” to be a Guest Chef Judge.

Aside from her outstanding television history, she was included in Pulitzer Prize-winning critic Jonathan Gold’s iconic list of 101 Best Restaurants for both of her dining concepts. Arrington was also a headliner in Austin for the Food and Wine Festival, featured on multiple covers of Delta Sky Magazine and Rachael Ray Everyday. As well as being mentioned in Food & Wine, GQ, Essence, and Bon Appétit.

More recently, Chef Arrington is now a star in Gordon Ramsey’s wildly successful and highly rated hit TV show “Next Level Chef”, which is a cooking competition that airs on FOX. This series is Gordon Ramsey’s biggest and most intense show yet.

Chef Arrington got the position of being one of the mentors alongside Gordon Ramsey and Richard Blais. In the show, she tries to recruit the best chefs in the industry and take them under her wing. The contestants compete against each other to become the next high-level megastar in the food world with the help of Chef Arrington!

Don’t pass up on booking Nyesha Arrington by emailing booking@celebritychefnetwork.com