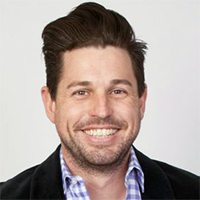 Restaurateur, TV host and celebrity chef for hire Ryan Scott rose to fame as a contestant on the fourth season of Bravo’s Top Chef cooking competition series and has since enjoyed quite a successful career in the culinary industry. Ryan is currently the host of his own radio cooking show on KGO 810 in the San Francisco Bay Area. Others may recognize him from his many celebrity chef appearances on top culinary shows such as The Rachael Ray Show, The Chew and The Talk on CBS. In 2016, his first cookbook titled One to Five from Time Books was chosen as a Top 20 Holiday Gift by Barnes & Noble.

Ryan attended the prestigious California Culinary Institute and then interned at Bistro Roxy in Reno, Nevada before setting sail for Hawaii and the island of Maui. Upon his return from the kitchens of Hawaii, Ryan worked under renowned chefs including Daniel Boulud and Charlie Trotter. In 2005, he joined the Myth Restaurant Group and helped open Myth Café, a crown jewel in the San Francisco foodie scene. Following his appearance on Top Chef, Ryan began working as a host of his own cooking TV shows on the Live Well Network called Food Rush and Home Chef Showdown. In 2014, he earned an Emmy Award for his work hosting Food Rush.

Away from the TV set, Ryan also owns and operates his own catering company, restaurants and food truck service called 3-Sum Eats. His restaurant Market & Rye was a major foodie hotspot in San Francisco before Ryan decided to shift focus to his newest successful restaurant Finn Town Tavern which opened in 2016. Ryan has also recently introduced his own line of housewares available on HSN in partnership with Epoca. His signature line includes environmentally-friendly cooking pots & pans, coffee makers and tea pots.