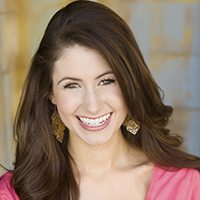 Celebrity Chef Speaker, restaurateur and bestselling cookbook author for hire Chloe Coscarelli is perhaps best recognized as the winner of Food Network’s baking competition TV series Cupcake Wars in 2010. She became the first vegan chef ever to win a culinary competition on TV and has since blossomed into a leading vegan voice in the culinary industry. Chloe has made a number of celebrity chef appearances on morning and daytime TV networks including NBC’s TODAY Show, The Doctors on CBS and programs on CNN. In July of 2015, she opened her first restaurant called by CHLOE in NYC’s West Village.

Chloe is a lifelong vegetarian who began to follow her passion for cooking and baking as a student at UC Berkeley. She held a summer internship position at Millennium, a gourmet vegan restaurant in San Francisco that sparked her interest in vegan fair and led to her enrollment at The Natural Gourmet Institute in New York City. Chloe also took courses at Cornell University, enrolling in their Plant-based Nutrition program.