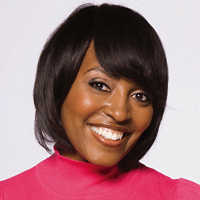 Growing up in Washington D.C. being influenced by her father’s herb gardening while storytelling, and her mother’s kitchen narratives, Deborah has for a lifetime hones her craft towards the ultimate goal of becoming one of “America’s Cooking Sweetheart”.

Theatrically, Deborah trained and received a Bachelor of Fine Arts from Howard University, considered continually by past and present day US presidents as one of the nations’ most esteemed learning institutions. To sharpen her culinary technique, Deborah went on to receive a degree from the world renowned Le Cordon Bleu School (Pasadena Campus).

Chef Deborah sojourned on to be chosen in the highly competitive internship program at the Food Network in New York; went on to be hired/booked as a personal chef to NBA great Anfernee “Penny” Hardaway of the New York Knicks, and now is the personal chef to A-list celebrities Will Smith and Jada Pinkett Smith.

As fate (and faith) would have it, Deborah returned to the Food Network, but this time as one of the eight competitors (Chosen out of a pool of ten thousand) for the televised prime time program “The Next Food Network Star”. In this highly touted chef’s competition, Deborah “fewelled” herself to first runner-up. She was later featured as a host for the one hour special “Surf and Turf” on the Food Network. With treatment projects being presented to her on a regular basis, Deborah is now in position to receive what she’s been working towards her whole life, which is to give voice, story and experiences to the meals she prepares for people who love to eat.

Fewell encourages people to utilize the kitchen to express their personality and culture through their dishes.  Simplicity with flair is how she is known to many and has made appearances on several shows including TLC’s Home Made Simple and featured on BET and in ESSENCE Magazine.