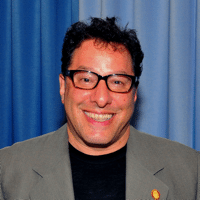 Evan Goldstein was able to learn the art of cooking at a young age. His mother is a chef as well and made sure her son knew his way around the kitchen. Evan was somewhat of a prodigy during his younger days because of the skills he possessed. He is doing very big things out of the kitchen as well including putting his input into wine and food magazines world-wide.

Celebrity speaker Chef Evan Goldstein is one of the nation’s top food and wine connoisseurs. He became the youngest to accomplish the task of passing the Master Sommeliers test in 1987 when he took the test; however the record has since been broken. Evan is now one of eighty-five people to have the honor of saying they passed. The test was established to encourage a higher quality of knowledge amongst those interested in the food and wine industry. The first test was held in the UK in 1969 and since then has become an international exam. Chef Evan has cooked in famous restaurants all over the world including places like Paris France, Nappa Valley, and San Francisco. His talent came from what his mother, Joyce Goldstein, taught him. Since 1990 Evan has been diligently working to improve the education of food and wine lovers. He has created educational programs and opened schools partnered with wine companies. He is so well knowledgeable in the Sommeliers test he currently is for hire to train those ready and willing to take on the task of passing the test. Evan also serves as an advisor for the National Restaurants Association’s Educational Foundation.

Evan is not only a chef, but also a published author. He is the author of “Five Star Service: Your Guide to Hospitality Excellence” and “Perfect Pairings: A Master Sommelier’s Practical Advice for Partnering Wine with Food”. The books include how to prepare for the Sommeliers test as well as basic hospitality knowledge, and a few recipes and menu options.