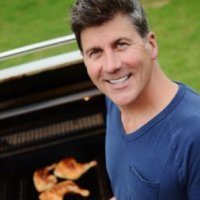 Does Virtual Events:
TV Show: No
Cookbook: No
Restaurant: No
Cuisine: Healthy
Fee Range: Under $10,000

Celebrity Chef Glenn Lyman is best recognized for his work as a personal chef to top athletes including NBA superstar LeBron James, 4-time Sprint Cup Series champion Jeff Gordon and 11-time Olympic Medalist Ryan Lochte. In the kitchen, Chef Glenn focuses on the correlation between high quality nutritional values in the food he prepares that ensure a high quality of life. He puts an emphasis on the importance of fresh, local ingredients in his meals. A father of 2, Chef Glenn understands the importance of fellowship with family and friends that comes about through preparing and enjoying tasty meals together.

Chef Glenn owns and operates his own personal chef service called GCooks based in Charlotte, North Carolina. He personally provides chef services to athletes in his area and connects other elite athletes with reputable personal chefs in their respective cities. His long list of current and former clients includes NFL stars Steve Smith, Kelvin Benjamin and Joe Jurevicius as well as NBA players Ben Wallace and Anderson Varejao. His work with the world’s top athletes for over 10 years has helped him develop a winning diet strategy to maximize athletic success. Celebrity Chef Glenn Lyman chooses not to shock his client’s systems with new diet items but rather takes the food they love and makes it leaner, cleaner and healthier.

During Super Bowl week in 2015, Chef Glenn was welcomed onto the set of Fox & Friends to share his favorite nutritious tailgate recipes with viewers before the big game. He currently works as a celebrity brand ambassador for Lynx Professional Grills, Calphalon, Vitamix and 6 Pack Fitness. He is also working with BJ’s Wholesale Club on ongoing promotional campaigns for the grocery chain.