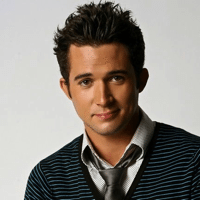 Magician, comedian, host and TV personality, Justin Willman has been hired and booked for a diverse stretch of entertainment.   One of the most well-traveled entertainers in America, Justin performs to throngs of live audiences when he is hired/booked as a comedian, magician, or host as he has for the President of the United States and many other A list celebrities.

Justin Willman is probably best known as the host of two highly rated chef competition shows, Cupcake Wars and Last Cake Standing, which air on Food Network.  Additionally, Justin has been hired/booked to work as a correspondent for Celebrity Chef, TV star, and New York Times Best-selling author, Rachael Ray for her ABC program The Rachael Ray Show. Justin has been hired/booked on a national tour called the Tricked Out Tour which is a fan favorite one-man comedy and magic show. Hired/booked on a guest appearance for The Ellen DeGeneres Show, Justin amazed the host Ellen DeGeneres with his mystical magic tricks.

Justin Willman has filmed as host of up to four shows at a time, with his two Food Network series and two shows which air on Discovery’s television channel The Hub. He has hosted Hubworld, a children’s news magazine television series, and the game show Scrabble Showdown.