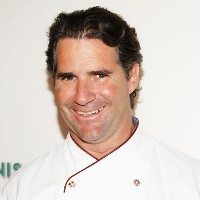 Critically acclaimed restaurateur and Celebrity Chef Kerry Heffernan is a down-to-earth American food connoisseur with a love for the outdoors. His love for the outdoors has helped him to become a top seafood expert in today’s culinary landscape. In 2015, Kerry started a campaign called #SaveOurStripers that encouraged chefs in the NYC area to take striped bass off their menu to help resurrect the diminishing population.

Celebrity Chef Kerry Heffernan has an interesting story regarding how he actually got into the business. After high school, Kerry went on a biking trip through Europe and found a home in the South of France. Kerry was exposed to classical European cooking methods and began baking his own croissants. Kerry traveled back to the States and graduated second in his class at the Culinary Institute of America. After another trip to Europe, Kerry worked at renowned restaurants around NYC including Le Regence, Montrachet, and Mondrian. His first head position came as Chef de Cuisine at One Fifth Avenue. In 1982, he landed his first executive chef position at the Westbury Hotel’s famed Polo Restaurant. Later he helped open the award-winning restaurant Eleven Madison Park with Union Square Hospitality.

The humble Celebrity Chef Kenny Heffernan participates heavily in philanthropy projects when he is not busy in the kitchen. He serves on the City Harvest Food Council and works with Project by Project, Share Our Strength. He also acts as an advisor to several other non-profits in charge of seafood sustainability and conservation. In 2012, Kerry returned to the Culinary Institute of America to deliver the commencement speech.

Kerry has made quite a splash on TV during his time working in NYC. He has appeared as a guest judge on Bravo’s popular cooking series Top Chef All-Stars. He also makes regular appearances on morning and daytime talk shows including Good Morning America, The Today Show, and Martha Stewart.

Celebrity Chef Kerry Heffernan has become a leading voice for seafood sustainability and the conservation of resources.