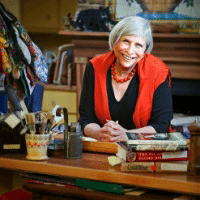 As the first woman since Julia Child to host more than 100 cooking episodes on public television, Nathalie Dupree has made a name for herself in the culinary industry. Dupree’s journey began with her first cooking show New Southern Cooking with Nathalie Dupree when it debuted on PBS in 1985, and continued to run for 300 episodes after that. Since then she has hosted over 300 national and international cooking shows on networks such as PBS, The Learning Channel, and The Food Network. In addition to a television career, she is also a best-selling author with more than ten cookbooks to her name, three of which have won James Beard Awards for their content. Her books are especially recognized for their innovative spirit, particularly her book New Southern Cooking, which is credited with igniting a new and currently popular style of cooking.

As a result of her immense success, it is no surprise that Dupree is a popular guest on numerous television shows. She has appeared on shows such as The Today Show, Good Morning America, and The Morning Show to discuss her famous television series and cookbooks. Dupree has also been featured in periodicals like The New York Times, Better Homes and Garden, and Bon Appétit. With an entrepreneurial ambition, she is also recognized as the Founding Chairman of the Charleston Food and Wine Festival and founder of Southern Foodways, in addition to numerous other organizational roles.

As a leading woman in the culinary industry, Dupree was awarded the “Grand Dame” of Les Dames d’Escoffier, in addition to being named 2013 Woman of the Year by an elite organization of French Chefs in America. As a celebrity chef speaker, Dupree currently writes for the Charleston Post and Courier, in addition to periodically writing for Charleston Magazine and The Local Palate.