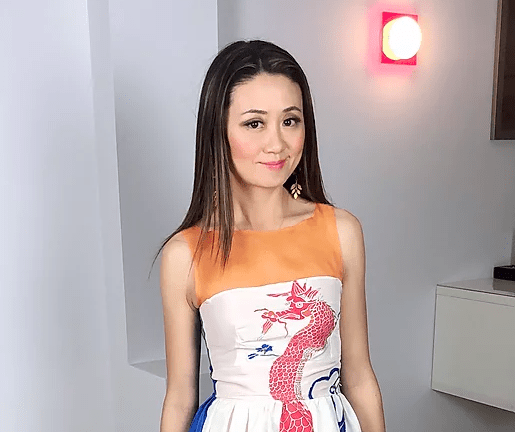 Vivian Aronson (@CookingBomb) is a celebrity chef, known for her expertise in traditional Chinese cuisine. Vivian grew up in Sichuan, China with her grandparents. She learned to cook with her family starting at just 8 years old, fostering an immense passion for food at a very young age. She moved to the United States in 2005 and has since shared her love for food on many different platforms. She began sharing her recipes on Instagram with her followers and now shares interactive videos with her TikTok followers, reaching over 400 thousand people. Her content is based around cooking at home with family, and providing tips and tricks for experts and novices alike who share her love for food. Vivian is also known for being featured on the 10th season of MasterChef, and has cooked for celebrities among the likes of Gordon Ramsay, Scarlett Johansson, and James Charles. Vivian is also married with 3 kids and often features her family in her hit videos. 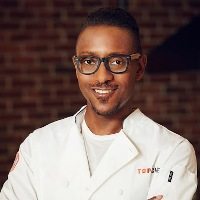 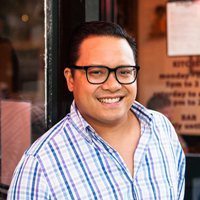 Celebrity Chef Dale Talde is New York-based chef who rose to fame after several appearances on Bravo’s Emmy-award winning cooking competition series, Top Chef. A native of Chicago, Dale participated in Top Chef: Chicago (season 4) which aired in 2008. He went up against the likes of Spike Mendelsohn, Richard Blais and Stephanie Izard and came in 6th place out of 14 renowned Celebrity Chefs. 2 years later, Celebrity Chef Dale Talde was back for more on Top Chef: All-Stars (season 8). Dale won 4 quick-fire challenges during that season and showed flashes of brilliance in merging Asian and American flavors.

Dale derives his culinary style from his Filipino heritage and his experiences growing up in Chicago. After graduating from the Culinary Institute of America, Dale worked at several notable restaurants in the Chicago area including Celebrity Chef Jean-Georges Vongerichten’s Vong-Chicago. After working under Chef Carrie Nahabedian, Dale learned the value and importance of utilizing local ingredients. In 2005, he worked alongside esteemed Celebrity Chef Masaharu Morimoto to open his signature restaurant Morimoto in New York City.

Following his celebrity chef appearances on Top Chef, Dale had dreams of opening his own signature eateries. Soon enough, his dreams turned into reality. 2012 was a huge year for Celebrity Chef Dale Talde. He opened his first restaurant, TALDE, before partnering with several other chefs to create Pork Slope. Both restaurants are located in Brooklyn, New York. TALDE has an exquisite Asian-American menu while Pork Slope is Dale’s take on classic American bar food. In 2013, Food & Wine magazine named Dale Talde as the People’s Best New Chef. A year later, he opened his second TALDE location in Jersey City, New Jersey.

Celebrity Chef Dale Talde is a pioneer in Asian-American cuisine available for a variety of celebrity chef appearances including cooking demonstrations. 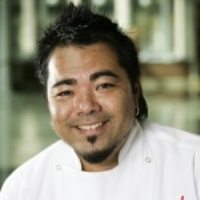 Celebrity Chef Speaker Katsuya Fukushima is a math wiz who has used his college degree to shake up the culinary world through molecular gastronomy. His journey is a true inspiration and testimony of hard work and brains that not every ordinary chef has.

Katsuya was a double major in math and art but he knew while in college he was destined to chef. He enrolled at L’Academie de Cuisine in Gaithersburg, Maryland and never looked back. Chef Katsuya worked several line cook jobs within the next few years; one being Cashion’s Eat Place under the guidance of Ann Cashion. Soon after his work for her he decided to fully devote himself to Jaleo, a tapas bar in Bethesda. After working at Jaleo for 3 years he assisted the esteemed owner and celebrity chef  Jose Andres in opening Café Atlantico where Katsuya was offered the chef de cuisine position.

His experience as Jaleo’s chef de cuisine gave Katsuya a presumable amount of freedom in how he wanted to prepare the menu. Chef Katsuya then began to unlock the wonders of molecular gastronomy. The term refers to new and inventive way of using science to aid your cooking. Katsuya was even recognized by Bon Appetit magazine as being the “pioneer” of molecular gastronomy.

In 2010 Katsuya competed against Jose Garces on Iron Chef: America in the battle of Mahi Mahi; he won with ease. Since then Katsuya has made several appearances on cooking shows such as Meet the Chef, No Reservations, and Gourmet’s Diary of a Foodie. He recently opened his own restaurant in Washington. D.C. in 2013 named Daikaya. Daikaya features a highly personal and hand crafted menu that reflects all of Katsuya’s dreams and experiences.

When he is not in the kitchen, Katsuya enjoys volunteering at fundraisers and making appearances and speeches at local colleges. His two most noted appearances are at Alex’s Lemonade Stand and Autism Speaks. He also recently spoke with students at the College of William and Mary about hopes and aspirations and where they can take you if you work hard. 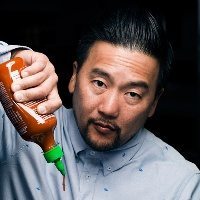 Best known as the Godfather of the food truck movement, Celebrity Chef and author Roy Choi made the decision to leave behind fine dining and reinvent street food along the way. Because of his unique taste palate and knack for creating a fusion of Mexican and Korean flavors, Chef Choi revolutionized the way we view street food around the world today thanks to his success with the acclaimed Kogi Truck.

In Jon Favreau’s new film Chef, a lot of the credit goes to the truck pioneer Celebrity Chef Roy. In order to prepare for the movie, Roy sent Jon to a French culinary school and then trained him in several of his restaurants. The film is not just about life, but how food moves people. In addition to the movie, Roy and Jon recently announced they have plans to use the film as inspiration for a restaurant.

Chef Choi gained experience as a hotel chef working for Hilton Hotels and eventually got a promotion at the Beverly Hilton, which was the chains flagship. He also worked at Embassy Suites in Lake Tahoe, California as well as the Rock Sugar Pan Asian Kitchen in Los Angeles. With this pedigree, it didn’t seem likely that Roy would opt for a career selling tacos on the street corner, but this daring move was immediately garnered with praise and attention from the public and food press. Because of this, he was named one of Food & Wine’s “Best New Chefs” of 2010.

Roy devotes his spare time to volunteering at A Place Called Home in South Central Los Angeles where he inspires underprivileged children to open their own local food-based businesses by teaching them simple cooking techniques.

In just a few short years, Roy went from slinging tacos on the streets to establishing restaurants around the city of Los Angeles, writing a memoir-cookbook, as well as changing the way many American’s consume their lunch.