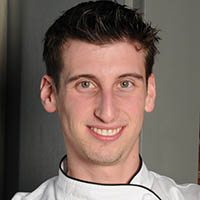 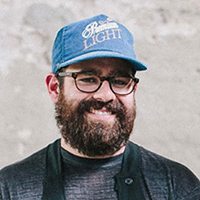 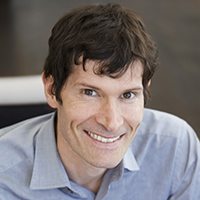 Celebrity Chef for hire Daniel Patterson is a trendsetter in modern Californian cuisine. He is a celebrated, James Beard Award winning chef, restaurateur and food writer who has opened a number of successful restaurants in the San Francisco area. Today, he’s left the high end, fine dining food scene behind to open his own unique fast-food chain with fellow celebrity chef speaker Roy Choi called Loco’l.

Daniel grew up on the east coast in Massachusetts and is completely self-taught in the kitchen. He moved to Sonoma, California and opened his first restaurant Babette’s in 1994 at age 25. The French-inspired restaurant was open for 5 years before Daniel shifted his focus and opened another restaurant called Elizabeth Daniel in 2000. Both restaurants were heralded as foodie hot spots in the California food scene and it wasn’t long before Daniel had become one of the top celebrity chefs on the West Coast.

Daniel opened Coi in San Francisco in 2006. The restaurant featured haute cuisine with an emphasis on local ingredients and a more personal dining experience. Coi earned 2 Michelin Stars and was one of few restaurants to earn 4 stars from the San Francisco Chronicle. He now owns and operates several restaurants in the Oakland area called Plum Bar and Haven. Daniel has also become a quite popular food writer who has shared his comments on the culinary industry in columns for major publications such as Food & Wine Magazine, The New York Times and San Francisco Magazine.

What’s so great about Celebrity Chef Daniel is his commitment to the dining experience and satisfaction of those he feeds. It’s the reason why he chose to leave the high dollar food scene behind and get back to his ultimate goal of positively impacting as many people as possible through his food and the dining experience. And it’s working! Loco’l now has 2 locations in Oakland and San Francisco serving up great food at an affordable price. 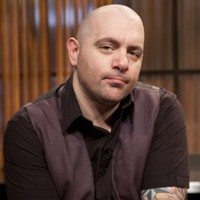 Restaurateur and Celebrity Chef Chris Santos is a New York-based chef best known as one of the featured judges on Food Network’s overwhelmingly popular cooking competition series Chopped. Chris is a top celebrity chef for hire for annual food festivals, trade shows and other special events. While not filming for Food Network or traveling the country for events, Chris stays busy as the owner and executive chef of 2 restaurants located in New York City’s lower east side called The Stanton Social and Beauty & Essex.

A Massachusetts native, Chris learned the tricks of the trade working at various restaurants in the NYC area including Cranebook Restaurant and Tearoom and the award-winning Latin restaurant Suba. In 2000, he opened his first restaurant called Wyanoka that garnered stellar reviews from local food critics. 5 years later he opened The Stanton Social, where guests were fully introduced to his multi-cultural style. In 2010, Chris opened his latest venture Beauty & Essex. He is currently working on 3 new restaurants, opening another in NYC and expanding his brand to the west coast with new restaurants in Los Angeles and Los Vegas.

Since becoming one of the top celebrity chefs in the culinary community, Celebrity Chef Chris Santos has developed his own line of signature sauces and recently signed a partnership with meal-delivery service Chef’d. He makes regular celebrity chef appearances on morning and daytime TV programs including NBC’s Today, Show, CBS’s Early Show as well as cooking series such as The Martha Stewart Show and The Rachael Ray Show. Chris currently sits on the board of directors for City Harvest, the world’s first food rescue organization.

Contact Celebrity Chef Network today if you are interested in booking Celebrity Chef Chris Santos for a celebrity chef speaking opportunity or cooking demo at your next conference, trade show, fundraiser or other special event. 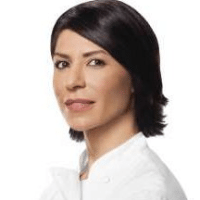 Celebrity Chef Dominique Crenn is known as a trailblazer for female culinary artists all over the world. Dominique was the first female chef in North America to earn 2 Michelin stars. She is also an advocate of the use of organic and sustainable local produce/ingredients in her dishes.

Dominique was born in Versailles, France and her cultured upbringing centered around fine-dining played a huge role in her unique culinary style that has since made her one of the top celebrity chef personalities on the west coast. During her many travels throughout Europe as a teenager, Dominique began to pick-up on the cooking styles and flavors of each region and how she could fuse the different ingredients and tastes.

In 1988, Dominique moved to San Francisco where she would work in some of the top eateries in the area including Park Hyatt Grill, 2223 Market and the Yoyo Bistro at the Miyako Hotel. She honed her skills in San Francisco for 9 years before moving to Indonesia to take a job as the executive chef of the International Hotel in Jakarta. Dominique was the first female executive chef in the entire history of Indonesia. That’s no small feat! Yet she moved back to San Francisco in 1998 after political turmoil broke out in the region.

Celebrity Chef Dominique Crenn has now settled into life on the west coast as the executive chef and owner of Atelier Crenn. In 2008, she was named Esquire Magazine’s Chef of the Year. And the accolades just keep on piling up. She is regularly nominated as one of the top chefs each year by the James Beard Foundation including her latest nomination in 2016 as Best Chef: West. Many may recognize her as a contestant on season 2 of Food Network’s The Next Iron Chef cooking competition series.

Contact Celebrity Chef Network today if you are interested in booking Celebrity Chef Dominique Crenn for a celebrity chef speaking opportunity or cooking demo at your upcoming event, fundraiser or trade show.